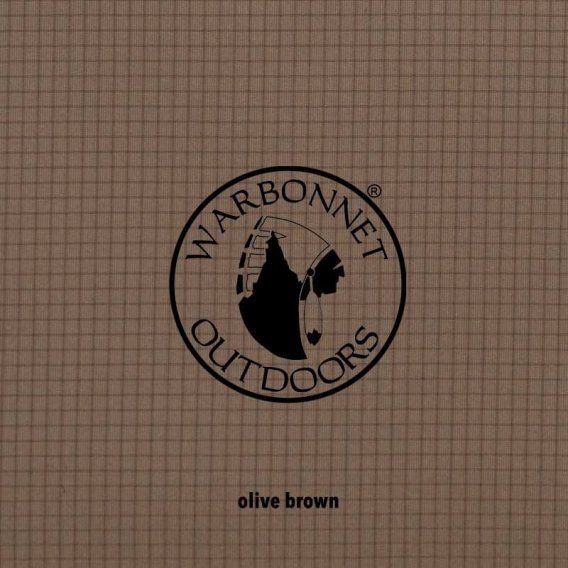 Warbonnet Minifly - is a lightweight hex-style tarp with small doors that weighs 333g / 11.75 oz (20D silpoly). Provides plenty of rain coverage despite having shorter doors than the Superfly which has full length. It’s basically lighter weight version of their full size Superfly tarp.

The Minifly is the perfect tarp for a small simple setup that gives you more end coverage for longer hammocks. Also is plenty large for most uses and plenty enough room under for cooking and keeping dry.

This tarp is built for those that want the simplicity and convenience of a standard hex tarp but with extra end-coverage when the weather gets nasty. Minifly will be more than adequate as a 3 season tarp in anyplace you don’t expect lots of cold wind.

"We’ve taken the standard hex tarp and given it major end-coverage that can be deployed as needed by adding a split-beak (small doors) to the ends that can be clipped together and deployed with a single guyline to add a significant amount of end protection right where you need it (higher up near the ends of the hammock where a standard hex shape offers the least coverage).  When the weather is nice these small doors simply stay clipped back and out of the way until you need to deploy them. Once deployed, they protect the hammock from windblown rain coming in from the ends of the tarp."

NOTE: "tieouts" refers to the guyline attachment points, not the guyline itself which is not included. Tent stakes and guyline sold separately here.