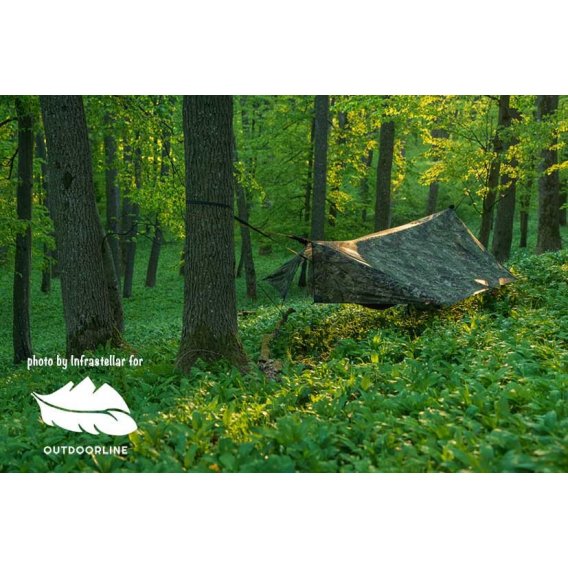 We'll slide into your inbox when the product is back in stock.

You have successfully subscribed to this product
More info
Warbonnet Outdoors ThunderFly 11Ft - is hex-style tarp with partial doors. Features the Warbonnets newest tarp designs. Being a slightly larger version of the lightweight Minifly, this tarp is built for those that want the simplicity and convenience of a standard hex tarp but with extra end-coverage when the weather gets nasty.

If you're looking for something slightly lighter and smaller, check out MiniFly tarp model, it’s a slightly downsized version of the ThunderFly and will save you a couple grams while still offering great coverage.

"We’ve taken the standard hex tarp and given it major end-coverage that can be deployed as needed by adding a split-beak (small doors) to the ends that can be clipped together and deployed with a single guyline to add a significant amount of end protection right where you need it (higher up near the ends of the hammock where a standard hex shape offers the least coverage). When the weather is nice these small doors simply stay clipped back and out of the way until you need to deploy them. Once deployed, they protect the hammock from windblown rain coming in from the ends of the tarp."
We really like theThunderFly. The peaked ends and partial doors are a great compromise for great weather protection while still be lighter and less bulky than full doors.
MATERIAL: 20D 2000mm NeverMist™ Silpoly: 16.25oz

NOTE: tieouts refers to the guyline attachment points, not the guyline itself which is not included. Tent stakes and guyline sold separately here.